Kellogg’s Manchester site is one of Europe’s largest food processing plants producing many of the UK’s most popular breakfast cereals.

What was the challenge?

Kellogg’s Manchester plant was built in the 1930s and is a huge complex site (the area of 10 football pitches spread over 7 floors), with large numbers of people and many truck movements, often in restricted spaces.

The compact and highly manoeuvrable EDiA electric counterbalance trucks negotiate the various environments with ease and are fitted with many safety features to protect pedestrians.

What was the outcome?

Safety on site has been greatly enhanced without compromising productivity. Importantly, near misses involving pedestrians have been significantly reduced, as has damage to the building and infrastructure.

Aware of the dangers posed by large numbers of staff working in close proximity to forklift truck operations, the Kellogg’s team worked painstakingly and ingeniously to transform safety at its huge Manchester site. Wherever possible forklifts and pedestrians were separated entirely. Barriers were introduced in any location where forklifts and pedestrians might interact and where separation was not possible, both inside the factory and in the car park. Keen to explore every avenue, Kellogg’s worked with Fork Truck Control Limited and Jofson – the region’s Mitsubishi Forklift Truck dealer – who surveyed the site and identified improvements to Kellogg’s forklift fleet.

We worked closely with Fork Truck Control and Jofson to ensure the trucks made a positive contribution to site safety.

The Mitsubishi EDiA and AXiA trucks have the manoeuvrability for a complex site like Kellogg’s, and the safety features provide easy but, most importantly, effective ways to improve daily operations.

A fleet of new Mitsubishi EDiA counterbalance and AXiA stacker trucks was commissioned equipped with a wealth of safety features all of which were supplied, installed and maintained by FTC (Fork Truck Control Limited). This included front and rear cameras and GPRS impact detection systems with timed and dated footage, which allow managers to review accidents and identify areas for further improvement. Swivel seats were fitted to improve driver posture when reversing, increasing rear visibility and reducing driver strain. Speed zoning was introduced to automatically slow trucks down in high risk areas.

The Safety systems recommended and supplied by Fork Truck Control were:-

Getting the culture right

Underpinning the technologies has been a radical change in the safety culture on site. A campaign was mounted to involve the entire 400+ workforce. Briefings were held, along with toolbox talks. As a result, employees have greater awareness of the need for safety. They are actively encouraged to report incidents and take responsibility for site safety. Managers also conduct safety audits and site walks. Engagement is widespread with all staff invited to share their ideas and learn from each other.

Everyone on site is fully on-board and encouraged to have a say in how we can do things better. Everybody wants to do a good job and be safe whilst doing it. What we have done is to raise awareness of the issues and then give them the tools, training and techniques to enable that to happen. 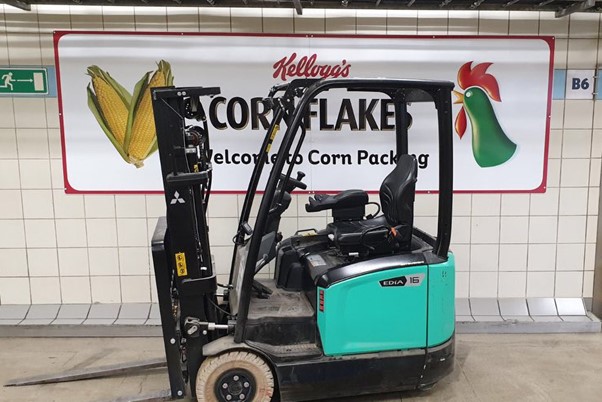 Where to find us

We use cookies on our website to give you the most relevant experience by remembering your preferences and repeat visits. By clicking “Accept All”, you consent to the use of ALL the cookies. However, you may visit "Cookie Settings" to provide a controlled consent.
Cookie SettingsAccept All
Manage consent

This website uses cookies to improve your experience while you navigate through the website. Out of these, the cookies that are categorized as necessary are stored on your browser as they are essential for the working of basic functionalities of the website. We also use third-party cookies that help us analyze and understand how you use this website. These cookies will be stored in your browser only with your consent. You also have the option to opt-out of these cookies. But opting out of some of these cookies may affect your browsing experience.
Necessary Always Enabled
Necessary cookies are absolutely essential for the website to function properly. These cookies ensure basic functionalities and security features of the website, anonymously.
Functional
Functional cookies help to perform certain functionalities like sharing the content of the website on social media platforms, collect feedbacks, and other third-party features.
Performance
Performance cookies are used to understand and analyze the key performance indexes of the website which helps in delivering a better user experience for the visitors.
Analytics
Analytical cookies are used to understand how visitors interact with the website. These cookies help provide information on metrics the number of visitors, bounce rate, traffic source, etc.
Advertisement
Advertisement cookies are used to provide visitors with relevant ads and marketing campaigns. These cookies track visitors across websites and collect information to provide customized ads.
Others
Other uncategorized cookies are those that are being analyzed and have not been classified into a category as yet.
SAVE & ACCEPT